The first ever weekend festival from the Workers Theatre, Scotland’s new arts co-operative, features the most exciting new theatre, comedy, spoken word, music and strangeness from Scotland and further afield. With children’s events and evening entertainment, social breakfasts and community workshops, games and plays, the weekender has something for everyone and welcome all.

Tickets for individual events on sale soon, but you can already buy weekend passes to every event!

BUY TICKETS TO INDIVIDUAL EVENTS BELOW

All events at the Glad Cafe, Glasgow, unless otherwise stated.

All venues have step-free access and wheelchair-accessible toilets. As this event is unfunded, we have not been able to arrange BSL interpretation or captioning for events, but are committed to doing so whenever we receive public funds.

11am: Eaten by Mamoru Iriguchi. A family show about talking to our food. (Venue: Glad Foundation) Buy tickets!

11am: Brunch Social in a secret location near the Glad Café, for all weekender ticket-holders, day pass-holders, artists and Megaphone supporters.

7pm: MEGAPHONE: Two works in progress from our Kickstarter-funded artists-in-residence, tonight featuring Mara Menzies and Lukas Kao. Entry by donation on the door. 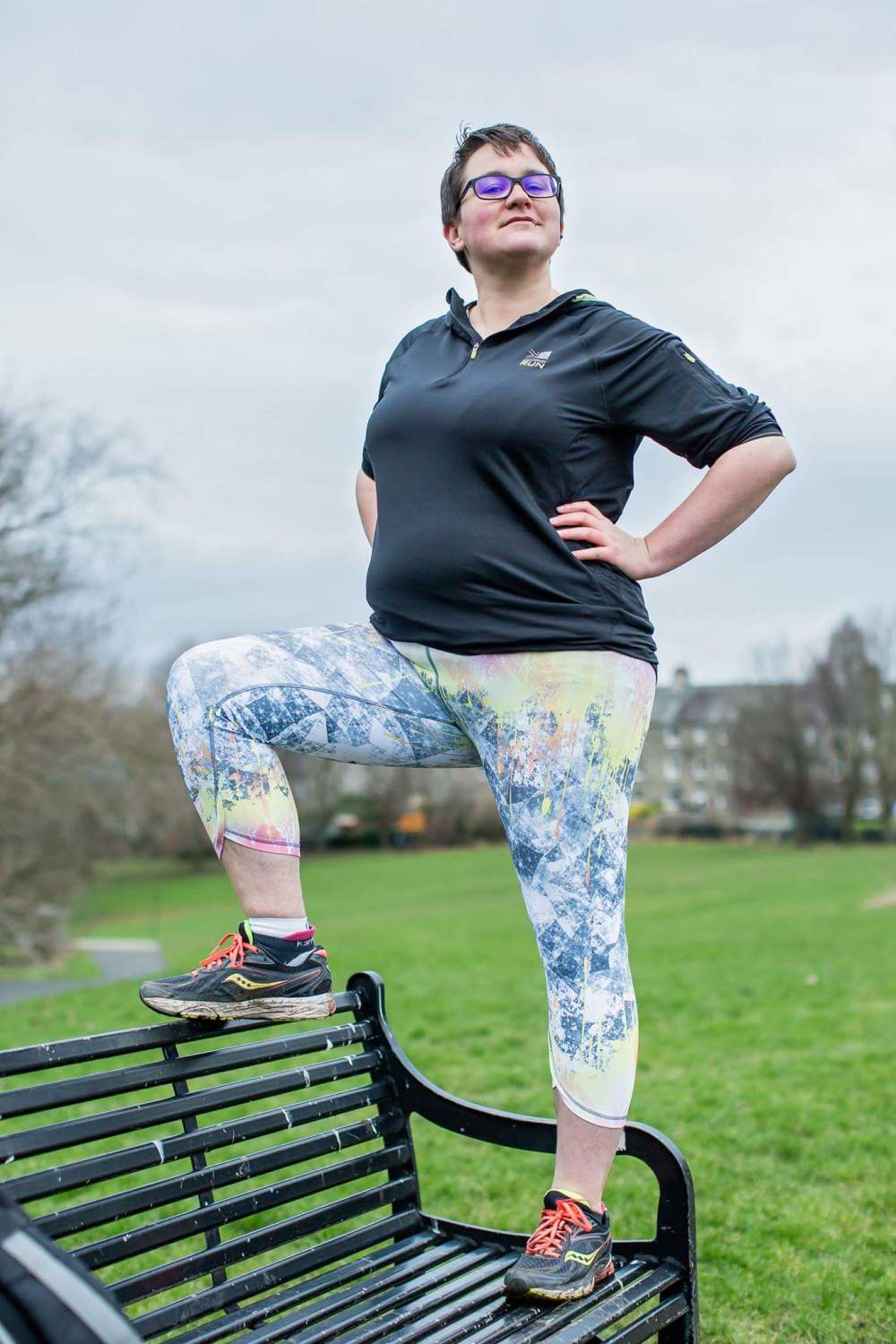 What does it take to be at home in a body? How do you have fun moving in a world of body shaming and fat burning? Join Katherine McMahon as she takes you cross country on her journey from the fat kid skiving PE lessons, to a fat, fierce, feminist runner. This is not an inspiring before-and-after picture. It won’t make you thinner, or faster. It is a sometimes moving, sometimes funny, always honest exploration of the complicated business of being in a body.

Katherine McMahon is a regular performer on the Edinburgh spoken word scene, and has been rapidly gaining notice over the last few years for her moving, humorous, yet always radical verse. Her debut collection,Treasure In The History of Things, was published by Stewed Rhubarb Press in 2012, and she has been a feature performer at many spoken word events in Scotland, including Rally & Broad at most recently at StAnza Poetry Festival, 2017. Fat Kid Running is her debut spoken word show.

Jenny regularly performs all over Scotland and beyond with a blend of dry humour, social-commentary and story-telling. She has been variously described as “a distinctive voice, full of fire and passion,” (Scottish Review of Books),  as writing “poems of confidence and substance,” (Poetry Scotland) and as “full of hope, humanity and humour.” (Andrew Eaton-Lewis,The Scotsman). She was the ‘Rally’ of acclaimed literary cabaret Rally & Broad (2012 – 2016) and was the BBC Slam Champion in 2012. Her 2015 debut solo show Ire & Salt which explored power, artistic autonomy and empowerment, received a 4-star review from The Scotsman, with Gutter Magazine saying “Lindsay’s approach is defiant – belligerent even – taking to the stage as if staging a coup…Her coup is real: for a politically-rooted self-expression that many would doubtless prefer mute.”

Jenny is the director of Flint & Pitch Productions, which specialise in curating spoken word, music and theatre events across Scotland. For more info see http://www.flintandpitch.com

Calum Rodger is a poet and researcher based in Glasgow, working in performance, print, film and digital media. His work explores Scottish culture and literary traditions with a healthy dose of humour and irreverence. He performs widely throughout Scotland including shows at the National Museum of Scotland, BBC@Potterrow and TEDxGlasgow, runs occasional live poetry night The Verse Hearse, teaches at the University of Glasgow and is poetry reviews editor at Gutter magazine. His chapbooks Know Yr Stuff: Poems on Hedonism and Glasgow Flourishes are published by Tapsalteerie. You can find more of his work at http://www.calumrodger.co.uk.

Juana Adcock is a poet and translator working in English and Spanish. Her poems and translations have appeared in publications such as Magma Poetry, Shearsman, Gutter, Glasgow Review of Books, Asymptote and Words Without Borders. Her first book, Manca, explores the anatomy of violence in Mexico and was named by Reforma‘s distinguished critic Sergio González Rodríguez as one of the best poetry books published in 2014. 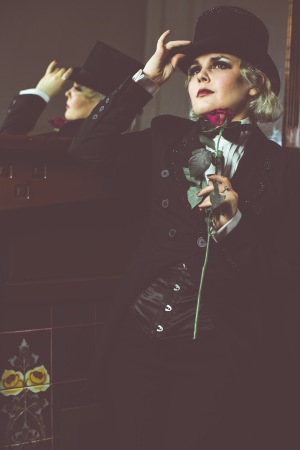 Markee de Saw has graced stages on both sides of the Atlantic, and throughout Europe including Club Noir, The Candy Box, London Burlesque Festival, Croatian Burlesque and Cabaret Festival, The Riverside Museum, Glasgow Cabaret Festival, Glasgow Festival of Burlesque, Glasgay, Wild Cabaret, Dive, Gay Pride, Enterteasement, Spangled Cabaret, Itsy’s Kabarett, the Bongo Club, Riding Room, Candid Cabaret, T in the Park’s Cabaret Tent, Dr. Sketchy’s and Chaz Royal Presents. She is a classically trained mezzo-soprano, with several degrees in Music and Theatre Studies. She is also a highly skilled Musical Saw player, having been trained by an old friend from Chicago in the back of an abandoned schoolyard. She is commonly known as a good time girl, brazen hussy, and classy lassie depending on the weather.

What if your food started talking back? Meet Lionel the lion. He’s just eaten a human called Mamoru for lunch. Being very hungry, Lionel hasn’t chewed his food, so Mamoru is still alive and very well in his stomach, and now wants to say hello. A strange friendship between the eater and the eaten starts to grow. Meanwhile, Lionel’s breakfast wants to say hello… from his bottom!

‘Eaten’ invites children and grown-ups to the fascinating world of the food web. What should we eat? And who should eat us?!

Originally trained as a zoologist, then as a theatre designer, Mamoru is a performance maker, based in Edinburgh. Mamoru’s performances works are rooted in his knowledge and experience of theatre design as well as broad interests in 2D and 3D, liveness and pre-recorded-ness, gender and sexuality, fairytales and theories of evolution.

Active Inquiry are an arts company based in Leith, Edinburgh committed to creating exciting new theatre and arts projects with and for communities. They are particularly interested in the work of Augusto Boal and the Theatre of the Oppressed. Active Inquiry enables grassroots communities to make and use excellent theatre as a catalyst to uncover and challenge injustice. They believe in a Scotland in which grassroots communities engage with the arts and the democratic process, contribute to change which is both necessary and possible, and build a more just society.

Active Inquiry will be running a workshop on creating and participating in Forum Theatre, an approach to participatory performance for radical change, and also giving us a forum theatre performance, The Fair-Ground for you to take part in. Roll up roll up! Pay your money and play the game! Everyone has an equal chance in the Fair-Ground don’t they? Or are some games rigged for a privileged few? Active Inquiry’s latest Forum Theatre play explores how the facade of fairness is used to cover up injustice and what we can do to challenge this.

The Workers Theatre crowdfunded £12,500 earlier this year to provide residencies for Scottish Artists of Colour, and our weekender will showcase the first works in progress from the residenciees. 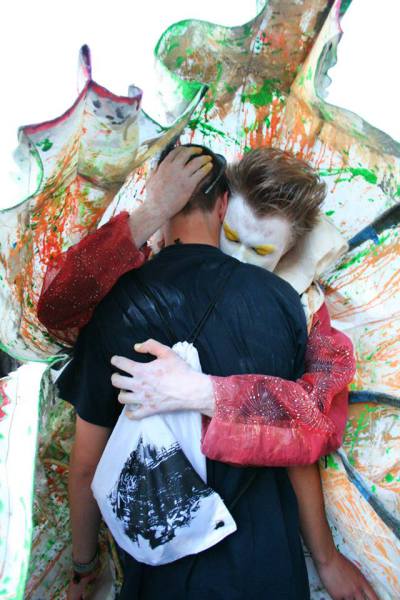 Lewis Sherlock is a Physical Theatre Practitioner working professionally in Edinburgh and Glasgow. He has been involved in a number of productions including: “Biding Time (remix)” UK wide Tour and Fringe show directed by Ben Harrison of Grid Iron; Oceanallover’s “Polleniser” and “Unlooking” Outdoor Performances. He has  assistant Directed with Conflux, Facilitated with Scottish Opera and Directed small scale ensemble shows and solo works such as ‘The Throne Drone’. Throughout last year he has completed “Embodied Theatre” training, and is currently developing his own experimental practice is based on the foundations of clown, bouffon, butoh, street arts and play in movement. 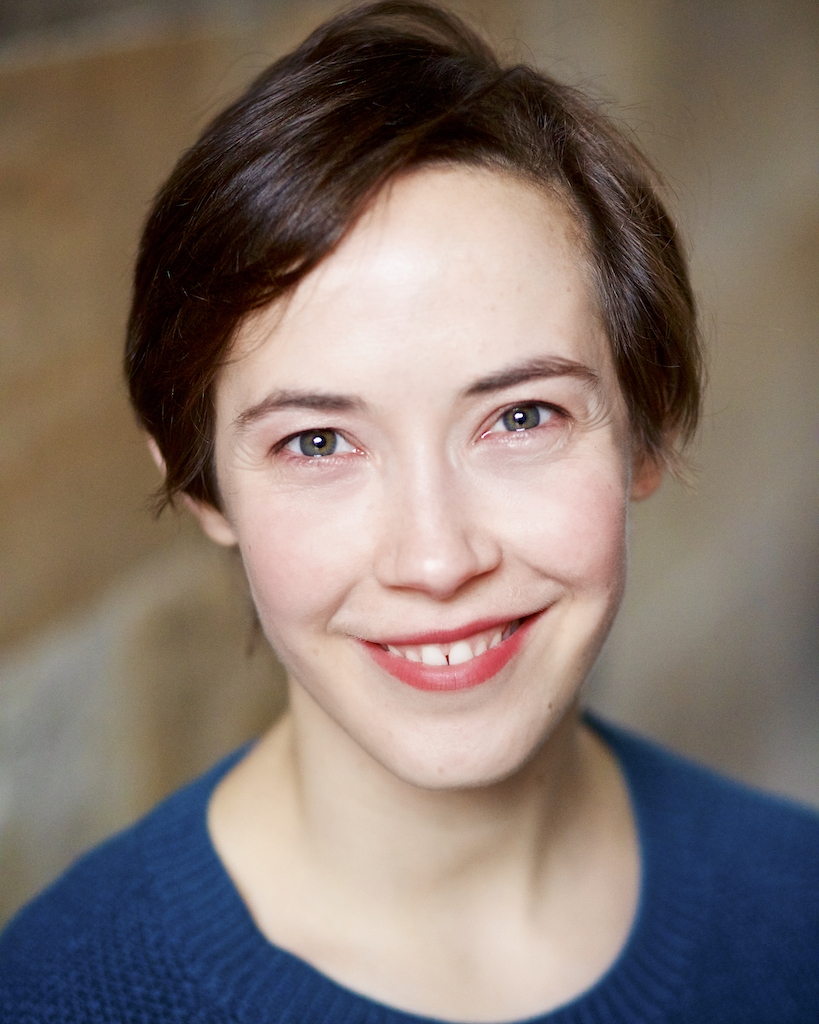 Beth Frieden is an actress and theatre artist working in Scottish Gaelic and English. She has performed in the UK, USA and Canada, and is currently an Associate Artist at Theatre Gu Leòr, a contemporary Gaelic theatre company in Glasgow. She loves to sing sea chanteys, and will lead a rousing singalong to some of her favourites.

Ruxy is a theatre artist born and raised in Moldova (Eastern Europe). This provided her with a grotesque sense of humor, boney elbows, and a desire to celebrate the odd and the unusual. She creates original physical theatre in ensemble and by herself, and believes in the full physical gesture as the epitome of human expression. She is inspired by transformation, highly physical comedy, and embarrassing stories. She strives to create imaginative intensity-filled original work that explores the bizarre manifestations of our fears and desires. Most of her work falls somewhere between styles like Clown, Vaudeville, Physical Comedy, and Movement theatre.

Chrissy Barnacle is a singer-songwriter hailing from the grimey shores of the Clyde whose yearning and often fantastical lyrics are brimming with turmoil and optimism.